How to get rid of rats in your home without poison

It can be quite disturbing to reach the conclusion that there might be rats living in your home. Rats are notorious carriers of disease, and their mere presence can expose you, your family, and pets to a wide range of afflictions.

Rats are also quite destructive to a home, chewing through materials, and leaving droppings everywhere. And while rats are not as aggressive as most people assume, it's best to get them out of the house as swiftly as possible. Which is exactly what this article is about.

Should you use poison?

First of all, poison is an inhumane approach that will leave the rodent struggling for hours and even days. Second, it's not really efficient if dealing with multiple rats. Poison can also be dangerous, if left exposed, since it might be ingested by your small child or pet and may prove deadly. All in all, it's preferable to find alternatives. 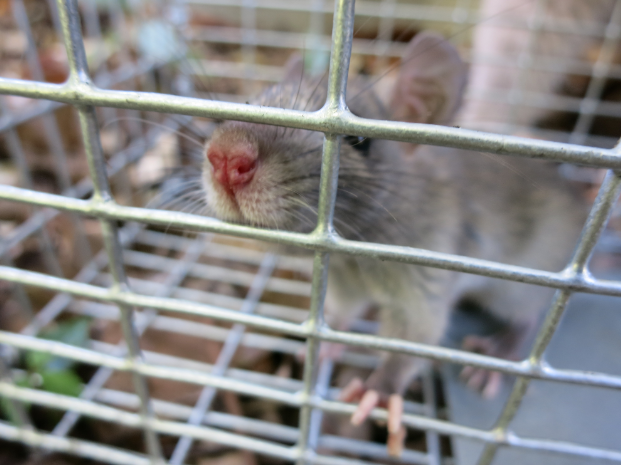 Alternative 1. Use a live trap.

Many stores now sell live traps. As the name suggests, these clever cages lure the rodent inside with some well-placed bait (peanut butter often works really well). When the rodent steps in to get the bait, it's forced to step on a trigger plate that causes the door (or doors, in the case of multiple door live traps) to fall shut, thus effectively trapping the rat inside. Place the trap where the rat frequents and wait until it is captured. Oftentimes, rats are residing in your attic. For more information on getting rid of rats in your attic click here.

With the rat in the trap, you can then transport it to a faraway location, where it won't bother anyone.

Tip: Do not use glue traps to capture rats. They are hurtful and damaging to the rodent, and rats have been known to chew their legs off in order to escape.

It sounds like a no-brainer, but one of the most efficient ways of keeping rats out is to simply identify any possible entry points and seal them well. While rats are quite sneaky and adaptable, they won't bother you if your house has no obvious cracks or holes big enough to fit them.

Sealing the entry points is an important part of the process in any case, because even if you get rid of one rat, as long as the hole is still open, others will eventually come through.

Tip: Also make sure to remove any open food sources, which are what mainly attracts rodents to your home. Make your house as uninviting as possible.

Tip: While some people claim to have had reasonable success using natural rat repellents, like ammonia, it's unlikely that these so-called "natural rat repellents" are efficient. You might want to look into using high pitched noise machines, however, since the noise is highly unsettling to a rat and it will stay away for a while.

Tip: Be careful on what noise machine you select, as some high pitched noises can be heard by some people, especially young children, and can have a detrimental effect on their development. So choose wisely!