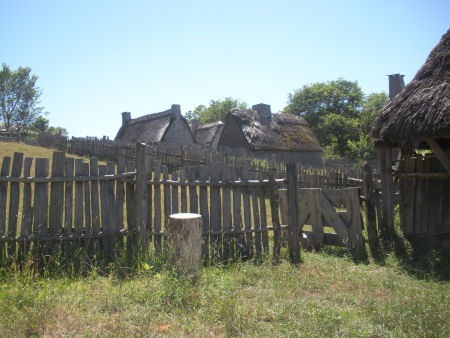 The Plimoth Patuxet Plantation attempts to replicate the original settlement of the Plymouth Colony that was established in the 17th Century by the English colonists who became known as the Pilgrims. It is a living history museum with actors pretending to be Pilgrims on the English side and Native Americans on the Native American side.
The Plimoth Patuxet Plantation a walking trail museum, an Educational Center, and an Archeological site as well. The best option would be to purchase the Heritage pass which gives you admisstion to the Plimoth Patuxet, Mayflower II, and the Plimoth Grist Mill.

Back to amusement parks in Massachusetts