The most destructive force of nature is an earthquake. Seismic waves that travel through the earth will damage structures, kill people, and cost a lot of money to restore. For many years, there have been creative ways to build countermeasures that prevent such a force from destroying the vital structures for our society's function.

Earthquakes don't directly kill; it's the collapsing damaged parts of the building with people inside. Engineers have designed new technologies and structural materials to help enable structures to survive earthquakes over the last few decades. Due to the severity of damages and lives lost, making an earthquake-proof building is now a must.


The Impact It Has on Buildings 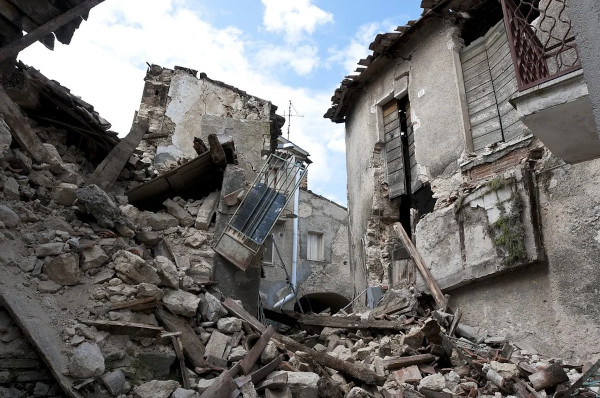 It's important to consider how earthquakes affect artificial structures before we look at the features. When an earthquake occurs, it sends shockwaves in both directions in fast, rapid bursts across the field. While buildings can withstand vertical forces caused by their weight and gravity due to their design, they cannot withstand side-to-side forces caused by earthquakes.

The things that tie the building together, walls, boards, columns, pillars, and the connectors vibrate due to the horizontal load. The disparity in movement at the bottom and top of buildings places tremendous tension on the supporting frame, making it rupture, and the building's structure falls.

Engineers must protect the foundation and mitigate the forces of an earthquake when designing an earthquake-proof building. Since earthquakes emit energy in one direction, the plan is to make the building push in the opposite direction. Here are some of the techniques used to make structures more earthquake resistant.

#1. Damping to Counter the Force

The use of shock absorbers is not only for cars and carriages. Like those used in vehicles, shock absorbers help buildings slow down by reducing the severity of shockwaves. Engineers design and make use of them in two ways: pendulum dampers and vibrational control devices.

Pendulum dampers: Commonly found in high-rise buildings. Engineers use steel cables and a hydraulic mechanism to suspend a big ball at the top of the frame. The ball serves like a pendulum that swings in the opposite direction. When the building starts to shake, it stabilizes the movement.

These elements, including damping, are tuned to complement and mitigate the frequency of the building during an earthquake. They act as a counterweight to minimize the effects of vortex shedding that produces vibrations that endanger the structure's integrity.

One can find these mechanisms usually on the frames or the roof parts of the building. To safely access these areas, consider installing VersaMount roof hatches so that the service personnel can quickly and safely access them for maintenance purposes.

Vibrational control devices: It entails installing dampers between a column and a beam at each structure step. The piston heads housed in a silicone oil-filled cylinder are what makes the dampers. When an earthquake strikes, the building's vibration energy transfers to the pistons, which press against the oil. The vibrations' intensity dissipates as the energy converts to heat.

One way to withstand ground forces is to raise the base of the building off the ground. Base isolation is building a structure on top of lightweight concrete, rubber, and lead pads. The isolators vibrate as the base shakes during an earthquake, but the foundation itself stays stable. It essentially absorbs seismic waves and prevents them from passing into a structure.

Buildings must redistribute the forces that pass across them during a seismic incident to avoid collapsing. Reinforcing a structure requires the use of shear walls, diaphragms, cross braces, and moment-resisting frames. These supporting structures would mean nothing, however, if the materials are weak.

Structural steel, a form of steel that comes in several states and allows buildings to bend without cracking, is commonly used in modern construction. Due to its high strength compared to its lightweight form, wood is also a surprising ductile material.

Dubbed as the "seismic invisibility cloak," it is an experimental technology that involves making a 100 concentric plastic and concrete ring. It is buried at least three feet beneath the foundation. When seismic waves penetrate the circles, they push to pass to the outer rings to travel more easily. As a result, they are effectively channeled away from the structure and dissipated into the ground plates.

There is so much progress and advancement when it comes to building safety. There are many regulations to ensure that each structure is safe and can withstand the natural forces impacting it daily. If there are things that do not seem well after an earthquake, make sure to contact a professional that may inspect and offer advice immediately.